“The earth has music for those who listen”- William Shakespeare

When it comes down to it, a work environment has to look after its employees.

It has to present itself as a positive, nurturing zone in which employees not only feel welcome and accommodated in, but not want to leave ever. Employees need to remain happy and engaged towards putting in their best—which cannot be done at a place where they dread coming in to work each day. A great work environment feeds back the same level of positive energy as the employees bring to it. The relationship is mutual.

It is observed that humans have an inherent need to connect with nature. They often work long hours in order to find solace and retreat in it to recharge and recuperate. Biophillic office design asks the question: “Why should both these things be mutually exclusive?”

Workspaces that come designed with the healing touch of nature can often provide everything that an employee needs to make a second home. Introducing a natural environment in his/ her day-to-day life can make all the difference. If John Muir called wilderness a “necessity” for “over civilized people”, then this concept would act as a validation for his theory (if he was still alive). 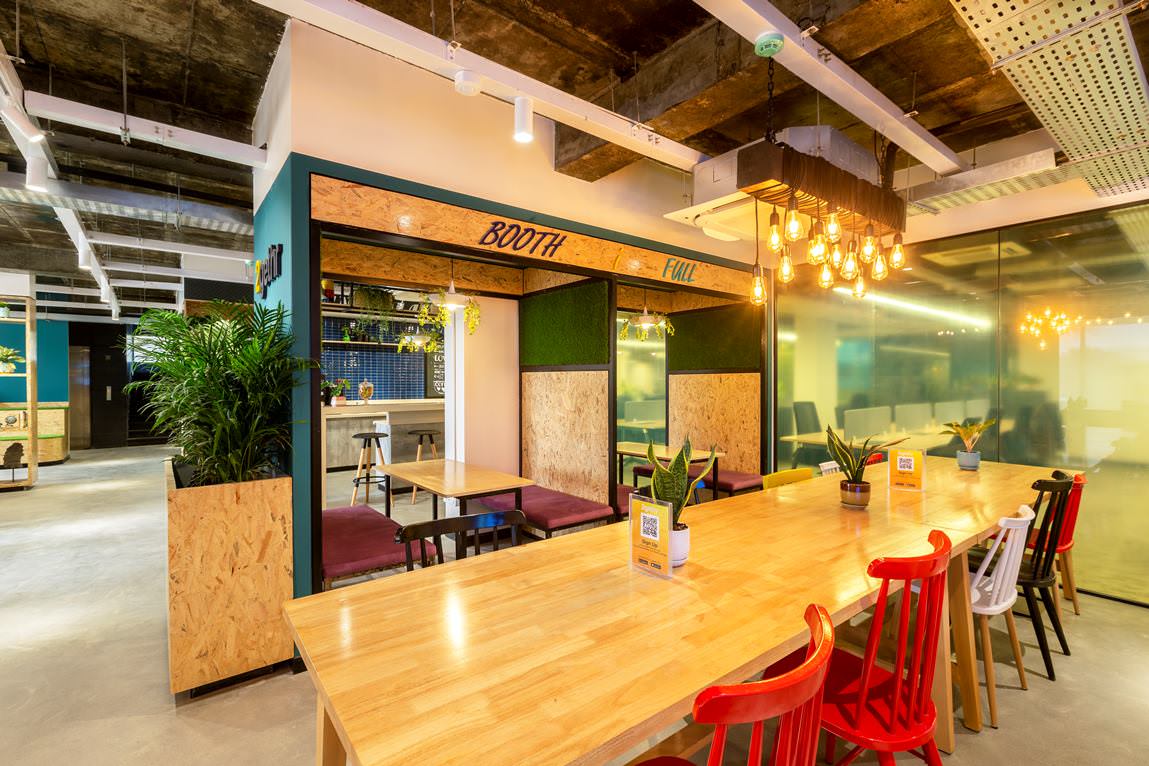 Workers in office environments with natural elements such as greenery and sunlight are reported to have 15% higher level of well-being, are 6% more productive and 15% more creative. Being surrounded by natural elements can provide workers easy navigation between their stressful workload, deadlines, meetings and the time they take to recharge in between.

Biophilic elements reduce stress, lower blood pressure and steady the heart rate. Such an empowering environment will install a renewed sense of vigour and positive energy that an employee can pour back into his/her work. The nurturing capacity of nature can envelop those with hectic schedules and busy minds, and allow them that singular moment of respite in a day that gives them a sense of rejuvenation.

And that sense of rejuvenation is what will contribute immensely in building and maintaining a vibe that a company wants, in order to achieve its long-term potential. Such a vibe will have a pretty tangible effect, in the form of increased employee morale, engagement and productivity. Especially if it’s a vibe that they can’t find anywhere else, they will be more inclined to feel a personal connection. If such a connection is felt, there is a bigger chance that they will take initiative and strive to be better towards it. In better words, they will symbiotically be aligned to the core of the organization and what it’s trying to achieve.

Biophilia acts as a conceptual proof of the revivifying powers of the natural environment. And including it as a key element of workplace design will not only help bloom the culture, but also the organization as a whole.

The time is now to give your offices a touch of nature’s own design.

An information sponge since time immemorial, taking up writing was a natural career for him. He’s often found absorbed in his laptop, trying to cram as much detail as he can into his content. He’s found to be a relaxed, collaborative individual when he does finally decide to show his face to colleagues. Obsessive by nature, he loves building PC’s, collecting old albums, updating his knowledge, and going on long natural treks.